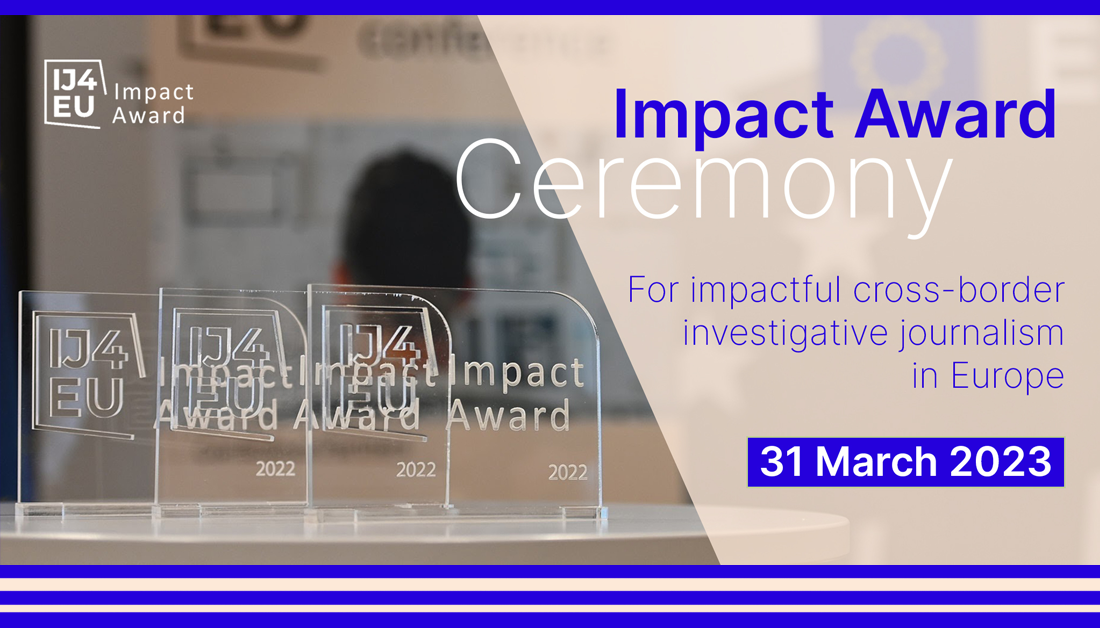 Save the date for this year’s IJ4EU Impact Award ceremony, to be held in Leipzig, Germany, on the final evening of a summit devoted to media freedom in Europe. The hybrid event will be streamed online.

The ceremony will serve as a grand finale to the MFRR Summit 2023, the annual gathering of the Media Freedom Rapid Response (MFRR) mechanism, which supports and protects journalists in EU member states and candidate countries.

By hosting the awards at the summit, the IJ4EU fund seeks to underline the bravery and resilience of investigative journalists in the face of growing assaults on media freedom and pluralism.

Both the summit and the IJ4EU Impact Award are run by the European Centre for Press and Media Freedom, a partner in the IJ4EU fund. The International Press Institute, which leads the IJ4EU consortium, is also a member of the MFRR mechanism.

The awards will be livestreamed on the MFRR YouTube channel. For more information, check out the MFRR Summit microsite.