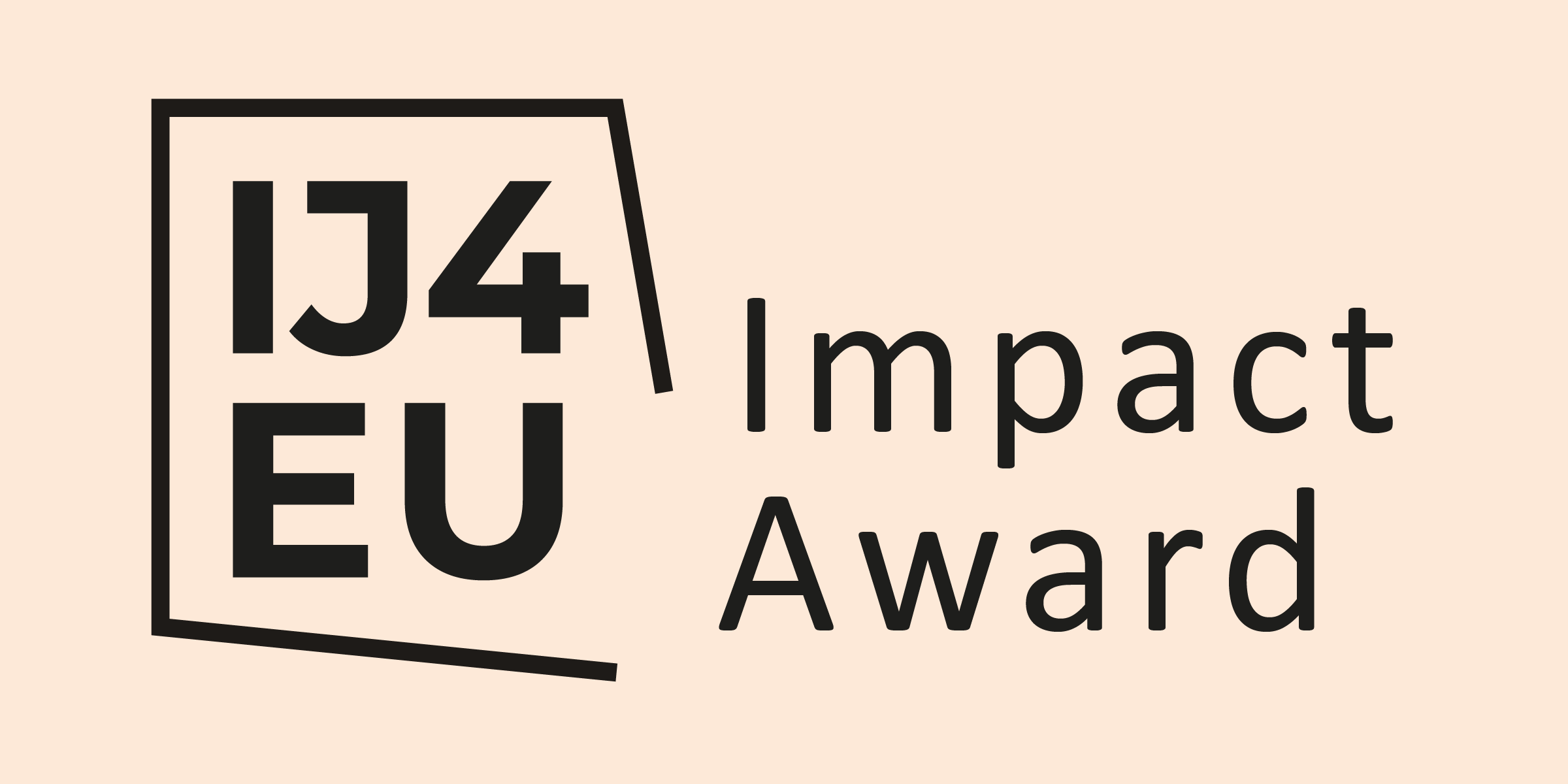 The IJ4EU fund has launched an award celebrating the best of European cross-border investigative journalism, with three cash prizes of €5,000 available for teams who collaborate on transnational issues in the public interest.

Nominations opened on 6 October for the inaugural IJ4EU Impact Award, run by the European Centre for Press and Media Freedom (ECPMF), one of three organisations implementing the IJ4EU programme.

The deadline for nominations is 9 November 2020. The prizes will be announced at IJ4EU’s UNCOVERED Conference in the spring.

The Impact Award recognises innovation and excellence in cross-border investigative journalism in European Union member states and EU candidate countries. It is open to both IJ4EU grantees and any other teams that meet the eligibility criteria. Investigations must have been published during the past two years.

“All over Europe we see brilliant investigative journalists, but we also see how fragile their existence is,” ECPMF Managing Director Lutz Kinkel said.

“Cross-border investigative journalism is costly, but a constant annoyance for the powerful. We want to reward the brave and selfless journalists who nevertheless stick to investigations, no matter what, and create an impact for the societies they look at. We, the readers, need them. And democracy needs them too.”

“The award will shine a spotlight on the best in cross-border investigative journalism in Europe and offer a reminder of why such journalism matters and why we must continue to support it.”

EJC Director Adam Thomas said: “With cross-border investigative journalism being central to the sustainability of European democracy, we’re pleased that IJ4EU offers opportunities to celebrate the achievements of innovative and collaborative teams beyond those receiving grant funding through the programme.

“We also believe that the IJ4EU Impact Award is a special opportunity to recognise the impact created by projects during a challenging 2020.”

Anyone is welcome to nominate investigative projects, including their own journalistic work, as long as the projects were published via a credible medium (including print, broadcast, online, documentary film and multimedia).

A team of independent researchers will start to evaluate the impact of the nominated projects in mid-November.

In  early 2021, an independent jury selected by the ECPMF will review a shortlist of nominations and select three cross-border investigations as winners. Each award will be worth €5,000.

The winners will be announced at an awards ceremony during the ECPMF’s UNCOVERED Conference in the spring of 2021.

For more information, see our Awards page and the relevant section in our FAQ.