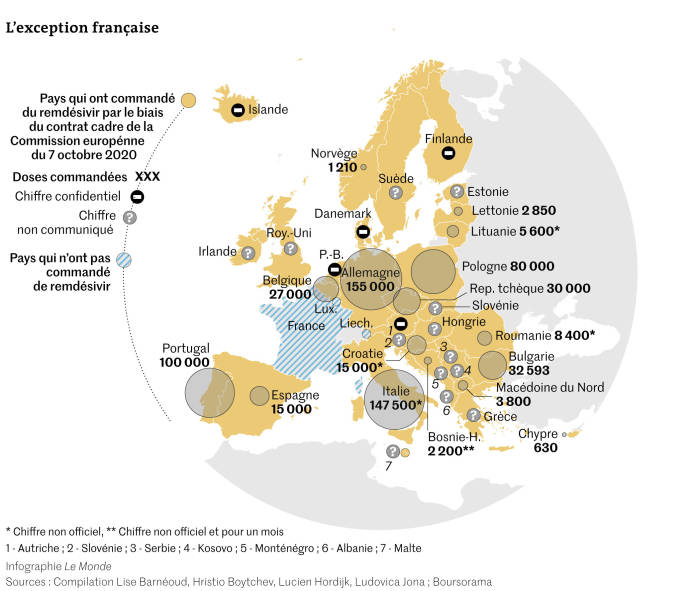 How did Europeans come to pay through the nose for a COVID-19 drug whose effectiveness was unproven? And what went on behind the scenes in the race for EU vaccine approval?

Those are questions answered by the “Behind the Pledge” team of investigative journalists as they scrutinised European spending on coronavirus drugs.

The first part of the cross-border investigation lifted the lid on the story of Remdesivir, an experimental antiviral medication.

Produced by US biopharmaceutical company Gilead Sciences, Remdesivir was initially developed with plentiful public funds to combat Ebola. In July 2020, the European Medicines Agency (EMA) gave it “conditional authorisation” as the first antiviral to be used against COVID-19.

In October, the European Commission signed a contract with Gilead Sciences without negotiating the price, which the company set at €2,070 per treatment of six doses. Only a week later, the World Health Organisation published a major study on the drug, which showed its ineffectiveness in reducing both hospitalisation and mortality in COVID-19 patients.

Sources reveal that authorities in many member states came under pressure to buy the drug amid a “phantom shortage” that disappeared as soon as the ink on the EU deal was signed.

The investigation sought data on the number of doses purchased from authorities in all EU member states plus 10 on the fringes of the EU. By December 2020, it had collected data for 17 countries, which together spent at least €226 million on Remdesivir — on top of €70 million already spent by the European Union on 30,000 doses.

The project shows that major buyers were not the EU’s richest countries. France, for example, didn’t purchase a single phial. Portugal and Bulgaria bought more doses per head of population than economic powerhouse Germany.

Next, the team turned its attention to the behind-the-scenes process of approving the Pfizer/BioNTech vaccine for EU use.

The EMA is supposed to methodically evaluate every drug for the European market, but a cache of leaked emails revealed that EMA scientists and officials came under intense pressure from the European Commission to issue speedy approval, even though the agency had unanswered questions.

The “Behind the Pledge” journalists analysed almost 900 pages of e-mail traffic from the EMA’s top management, confidential reports from scientific staff and presentations from Pfizer/BioNTech, all dated between mid and late November 2020. The documents had been stolen from the EMA during a cyberattack and turned up, in part, on the “dark web”.

The documents show that in November the EMA had unresolved issues about the vaccine: a number of factories hadn’t been inspected, some data on the vaccine wasn’t yet available and the regulator had observed differences in quality between batches of the vaccine.

Even so, the European Commission wanted to rush through approval as soon as possible — and not only for public health reasons. According to the documents, there was a political motive too: the Commission wanted to keep EU member states from following the example of Britain, which approved the vaccine quickly with an “emergency permit”. Because Brussels has promised that all member states would have simultaneous access to the vaccine, it was necessary “that member states are not forced” to start issuing emergency permits individually, according to an email from an EMA employee.

Those and other revelations are reported in the stories listed below. The investigation made headlines across Europe and prompted criticism of the communications strategy adopted by both the European Commission and the EMA in the aftermath of “#EmaLeaks”. In mid-January 2021, just after the #EmaLeaks publication, the EMA released a press release stating that “some correspondence has been manipulated”, but 10 days later the same agency issued an update confirming that “individual emails are authentic”.