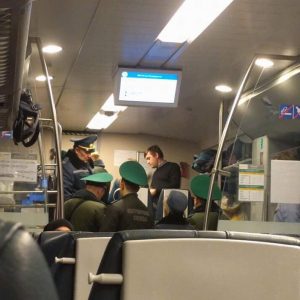 From the investigative team: The investigative reporting platform Organized Crime and Corruption Reporting Project (OCCRP) and Danwatch, a Copenhagen-based independent media centre specialized in investigations of states’ and companies’ impact on human rights and the environment, have partnered to investigate the money trail from the EU to Eastern European authorities with poor human rights records.

A probe into hundreds of EU and International Organization for Migration (IOM) tenders and awarded contracts, including technical specifications for the bidders, show that the EU is funding video surveillance cameras, communication equipment, patrol vehicles and seismic sensors worth two million euros for the benefit of the Belarusian State Border Committee.

In a collaboration with Belarusian journalists, OCCRP and Danwatch have documented accusations of human rights violations on behalf of the State Border Committee. The Belarusian government is known for its crackdown on opposition and civil society, as well as violations of the rights of Chechen refugees and harsh treatment of migrants and refugees passing through Belarus in an effort to reach the EU.