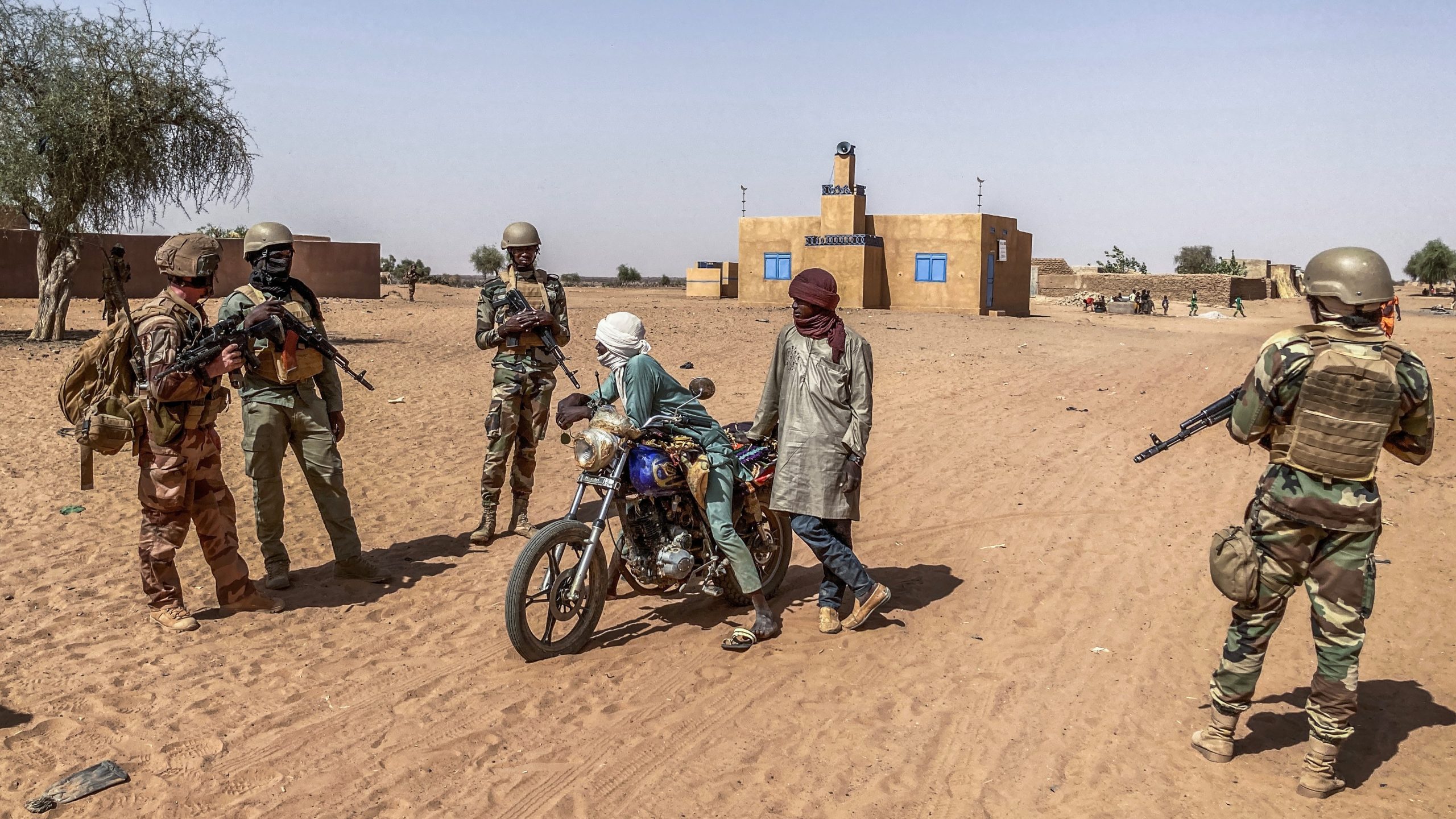 Few people had heard of Bounti, a small village in central Mali, until the French military dropped two bombs there in January 2021, killing at least 22 people.

After the news made headlines, two versions of the event contradicted each other: according to local organisations, the victims were all civilians celebrating a wedding, whereas France maintained they all belonged to a jihadist group.

The event drew global attention to France’s war in the Sahel region of West Africa, one of its longest and, by far, its largest foreign deployment: more than 5,000 soldiers along with drones, fighter aircraft and armoured vehicles.

Britain, Germany, Sweden, Italy and the Czech Republic have also deployed several hundred soldiers and tonnes of equipment for counter-insurgency operations in the Sahel, where militants linked to Islamic State and al Qaeda have strengthened their presence in Mali, Burkina Faso, Niger and beyond.

This is a war waged in the name of European citizens and paid for by their taxes. And the bill is getting heftier. Over the next few years, Europe’s involvement will intensify as 11 member states have already pledged funds, equipment and soldiers.

Yet most Europeans are unaware of their involvement in this conflict or its impact on civilians.

What’s more, the growing resentment of West African civilians who have to live in the crossfire of European forces plays into the hands of Islamists. This has already happened in other African conflicts where insurgents have used civilian deaths as an effective recruiting tool. Security experts fear this could even lead to extremist attacks in Europe.

Since its involvement in the conflict in 2013, the French army has admitted to killing only seven civilians. This cross-border investigation finds that the French have killed more than they admit.

Travelling to Mali and trawling through documents and satellite images, the team of journalists and researchers from five countries looked into dozens of civilian deaths, revealing that French soldiers could potentially be prosecuted under international law — whether for their own actions or for those of their close allies, the Malian armed forces.

The investigation showed that the French military has kept some civilian casualties secret.

According to an internal Barkhane document obtained by the team, French soldiers shot and killed a motorcyclist in May 2020, whom they had mistakenly believed to be a suicide bomber. But instead of holding the soldiers accountable, France secretly paid money to the survivors of the victim.

In other cases, the French are not directly responsible for the killing of civilians but they could be accused of crimes through their close working relationship with the Malian army, which killed more civilians in 2020 than all of Mali’s jihadist groups put together.

Beyond the human suffering, these civilian casualties ensure that recruitment by jihadist groups will flourish and the war will endure for years to come.

See the stories below.