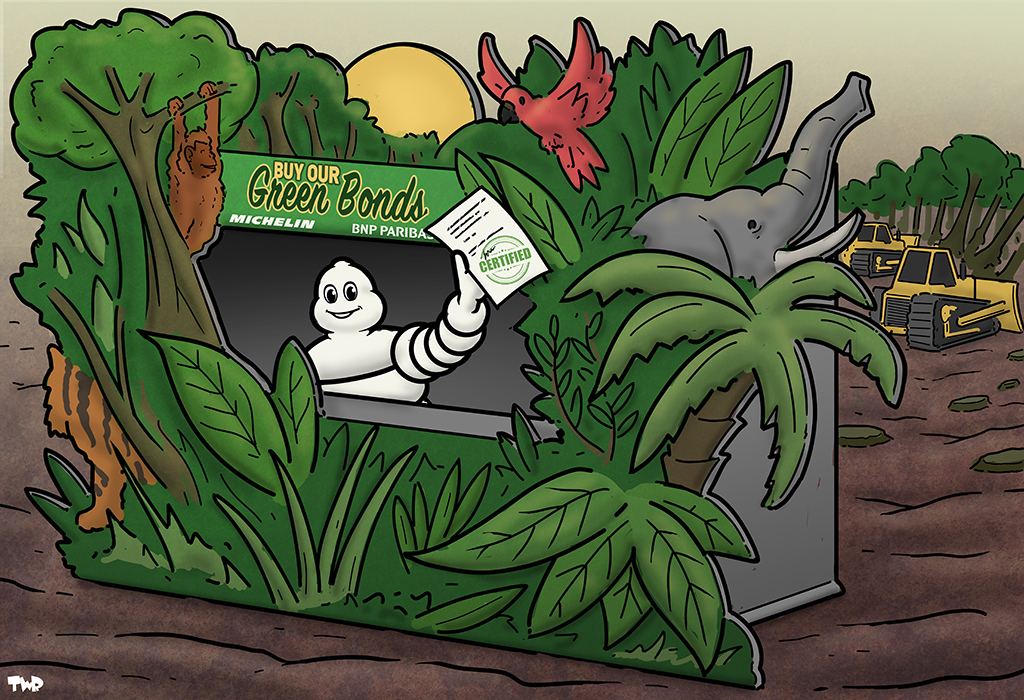 After more than a year and a half of work, Voxeurop‘s investigative unit has published the first two chapters of an exclusive investigation on European green finance.

The report was conducted in partnership with Tempo magazine in Indonesia, with the support of IJ4EU and the Global Initiative Against Transnational Organized Crime.

It concerns an industrial rubber-plantation project in Indonesia, launched in 2015 by a joint venture between the world’s number-one tyre manufacturer, Michelin, and its local partner Barito Pacific.

On the basis of its allegedly positive environmental and social impact, this scheme was financed with $95 million in green bonds issued in 2018.

In 2020, the NGO Mighty Earth was the first to publicly warn of the project’s environmental shortcomings.

Voxeurop‘s investigation reveals what appears to be a vast greenwashing operation.

🧵 Is European #greenfinance paying for #deforestation in #Indonesia?
In a detailed investigation that took us 1.5 years, we look at a vast #greenwashing operation by @Michelin. A thread 👇
Full article 👉 https://t.co/Lwzg6nwsdc

From the sources and documents consulted, Voxeurop reveals: