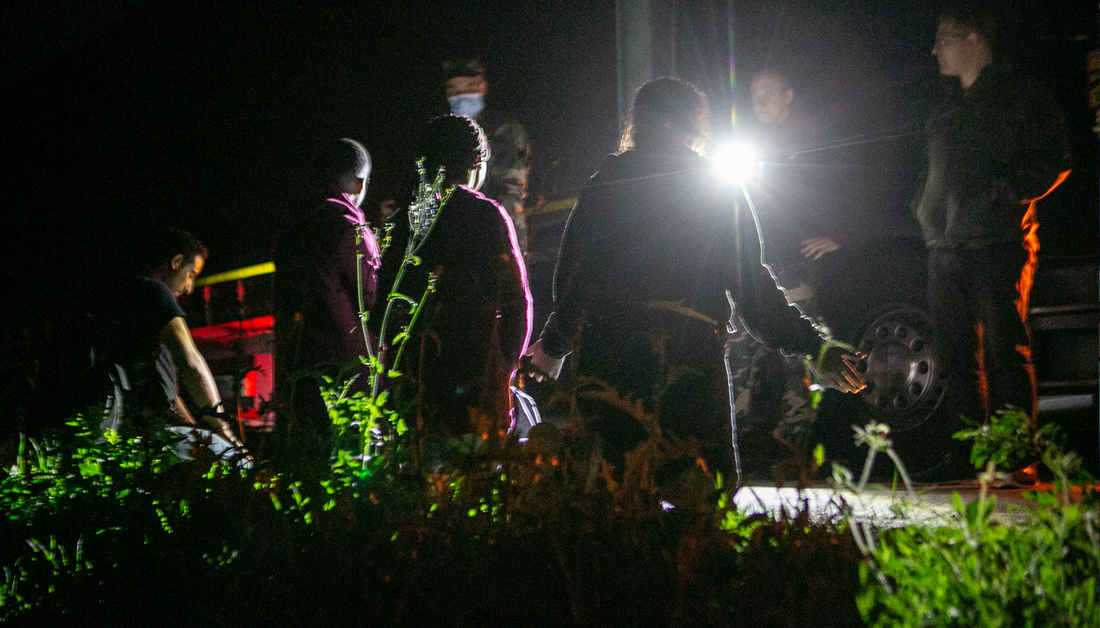 Long before Russia’s invasion of Ukraine triggered an exodus of refugees into neighbouring states, Poland and Lithuania were wrestling with a different border crisis — one on their frontiers with Belarus.

As thousands of “illegal migrants” from Iraq, Syria, Afghanistan and elsewhere tried to cross into the European Union from Belarus, the countries called the influx an act of “hybrid warfare” by Belarus President Alexander Lukashenko in response to EU sanctions.

Lukashenko had, after all, threatened to “flood” the EU with migrants and drugs.

This cross-border investigation put the Belarus–EU border crisis under the microscope.

Led by Lithuanian news outlet Delfi and the Reporting Democracy news service run by the Balkan Investigative Reporting Network (BIRN), it found that most of those trying to cross into the EU were anything but “illegal migrants”.

It also laid bare the mechanics of this forgotten refugee crisis with alarming detail.

The most complete data on migrants stuck at the Polish-Belarusian border shows that an overwhelming number of them were likely eligible candidates for asylum, according to research by BIRN.

BIRN analysed data on 4,020 migrants who crossed into Polish territory from Belarus in the second half of 2021 and the first half of 2022. Combining the data with field reporting, interviews and geolocation information collected from phone records, the team pieced together a picture that is representative of who the migrants were and what difficulties they encountered as they tried to enter the EU.

The multimedia page Polish Forests Full of Fear features an interactive map with the most important findings, including the proportion of children in the groups, the number of pushbacks the migrants faced, their countries of origin, and harrowing accounts of violence, injuries and death.

Up to now, the best analysis of situation on the Polish-Belarusian border, based on our data, by @GrupaGranica . Well done @Claudia_Warsaw for @BalkanInsight 💪 #border #pushbacks https://t.co/GwkvWydJB0

The data, including information about the migrants’ age, origin and whether they had experienced pushbacks or needed medical attention, was collected by volunteers from Grupa Granica during interventions at the Polish-Belarusian border, and provided exclusively to BIRN journalists, who did the systematisation, cleaning and analysis.

Meanwhile, Delfi followed in the footsteps of the refugees to explain the origins of the crisis, exposing how the Belarusian regime allowed for planning a new migration route to Europe through its territory.

Analysis of social networks revealed schemes designed to attract people from far-flung countries to Minsk, promising to open the door to Europe for them.

Drawing on dozens of interviews with refugees, officials, NGO representatives and residents of border towns, as well as work done on the detention operation at the Lithuanian-Belarusian border, it was possible to form a clear picture of the refugees’ journeys.

The team documented the difficulties experienced by asylum seekers who fell foul of Lithuania’s questionable non-admission policy: violence, freezing temperatures in the forests and inhumane conditions in camps where people who have entered Lithuania are still imprisoned.

Through analysis of social networks, the journalists noticed that in 2016, a “tourist route” from Iraq to Minsk started to become popular. This later became the main engine of the migration crisis.

Delfi also reported the steps taken by Belarusian officials in the run-up to the migration crisis and revealed how Facebook and Telegram became instrumental in mobilising people to take the trip.

Delfi also documented the pushback policy initiated in Lithuania, showing obvious cases of illegal rejection of asylum claims and the consequences of this controversial step.

Finally, Delfi exposed the reality of life in the refugee camps, with conditions that amount to torture and rampant misconduct by officials.

See the articles below.