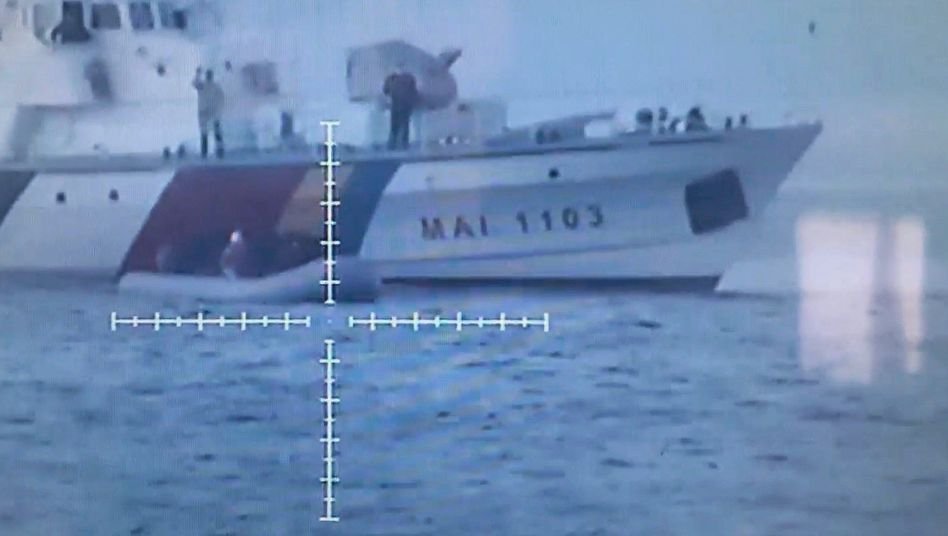 Vessels from the European Border and Coast Guard Agency, Frontex, have been complicit in maritime “pushback” operations to drive away refugees and migrants attempting to enter the European Union via Greek waters, a joint investigation by Bellingcat, Lighthouse Reports, Der Spiegel, ARD and TV Asahi has found.

Open source data suggests Frontex assets were actively involved in one pushback incident at the Greek-Turkish maritime border in the Aegean Sea, were present at another and have been in the vicinity of four more since March 2020.

The role of Frontex assets in such incidents has never been recorded before. The IJ4EU-funded investigation reached millions of readers and viewers as it received global coverage by major international media. The findings were disseminated by all major news agencies and garnered millions of impressions on social media.

It also prompted internal inquiries at Frontex; two extraordinary management board meetings of the agency; a pledge by Frontex to reform and bolster its human rights monitoring mechanisms; an agency decision to investigate all incidents; a hearing of the Frontex director before the European Parliament; an unprecedented pledge by the Greek government to do a thorough investigation; and an announcement by the relevant Commissioner that Brussels does not tolerate pushbacks and will get to the bottom of allegations of human rights violations at the EU’s external border.

In addition, a new European Parliament Frontex Scrutiny Working Group announced in February 2021 that it would monitor all aspects of the functioning of the border agency, including its compliance with fundamental rights.

The project triggered an array of follow-up investigations by the media partners as well as by print and digital news outlets all across Europe, multiplying the impact and enriching the findings.

The investigation helped raise awareness of continuing violations of the rights of asylum seekers and refugees seeking to enter Europe while bolstering demands for transparency and accountability at Frontex, the EU’s fastest-growing agency.

“This report shows in a larger and starker degree than previously known the deep involvement of Frontex in the most egregious violations of refugee law that we have seen in Europe, basically, ever,” Itamar Mann, associate law professor at the University of Haifa, told The Guardian. “Frontex as an organisation is gradually embracing more and more the harsh reality of violations that have regretfully become systematic. The sources exposed by this report show a level of toleration by Frontex officials, which unquestionably amounts to complicity.”