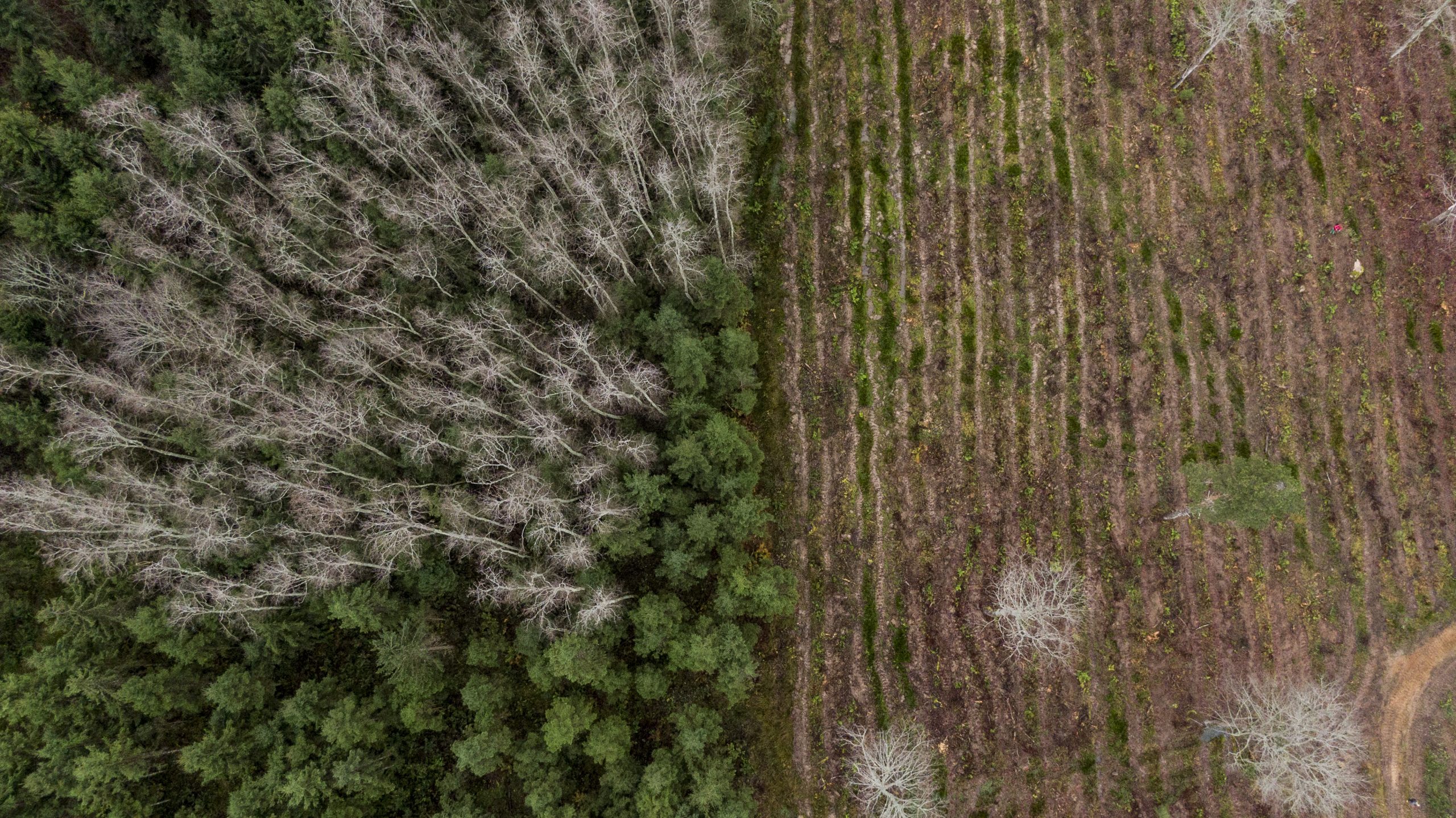 For three months, a cross-border team led by Argos, the award-winning investigative journalism platform of Dutch public broadcasters VPRO and Human, put everything related to Europe’s burgeoning biomass trade under the microscope, from subsidies and certifications to a powerful European lobby.

The result: a pan-European story about the effect of Western European subsidies on Estonia’s forests, plus a series of radio, print and online publications in partner media outlets.

View the project page, including a multimedia interactive.

In 2009, the Renewable Energy Directive came into force across the EU, mandating that member states must start to transition their energy supply to renewable sources. Since then we have seen EU power production from wind and solar surpass coal for the first time as well as the rapid growth of biomass as an alternative “renewable” fuel.

Biomass, specifically wood pellets, has become the main source of renewable energy in the EU, with a share of almost 60 percent, fuelled by lucrative subsidies from member states relying on it for their transition. An entire industry has developed around the switch to biomass that operates across state lines and with almost no scrutiny or transparency.

This investigation is the first of its kind to look at this industry with a Europe-wide lens, using the expertise of on-the-ground reporters to track the trade and its beneficiaries across the bloc.

There are two types of grants that the IJ4EU offers in 2020.

For investigative projects that are already underway but need additional support.