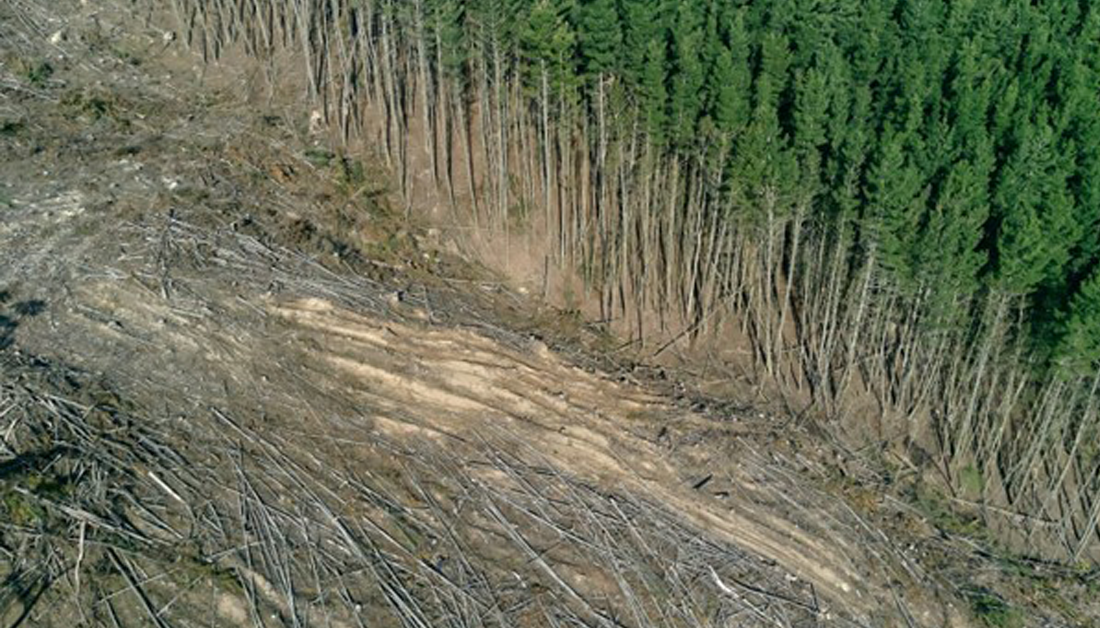 In September 2022, the European Parliament will vote on a proposed revision to the Renewable Energy Directive to align it with the EU’s greater climate ambition. The revision could remove incentives for energy production from the burning of unprocessed wood that have been in place since 2009.

Woody bioenergy represents 50 to 60 percent of total renewable energy in the EU — more than solar and wind energy. Around 20 percent of the wood burned for bioenergy production is of “unknown origin”.

According to the European Court of Auditors, high incentives dangled by member states — €17 billion a year, according to the Forest Defenders Alliance — have resulted in increased logging in European forests.

The all-freelance team consists of Ludovica Jona in Italy, Hristio Boytchev in Germany and Catalin Prisacariu in Romania.

Comparing official documents in Italy, the journalists revealed that a parliamentary opinion on the conversion of an earlier revision to the Renewable Energy Directive into Italian law had been copy-pasted from bioenergy-lobby documents in support of subsidies.

Lawmakers had also ignored calls from Greenpeace and other environmental groups to stop biomass subsidies, along with a letter by 500 scientists to US President Joe Biden and European Commission President Ursula von der Lyen arguing against the subsidies.

In Romania, Jona and Prisacariu visited illegally logged forests in the northeastern country of Suceava, as certified by the Forest Stewardship Council, and a sawmill owned by the Austrian HS Timber Group, which produces wood pellets for domestic use and export to other EU countries, especially Italy and Germany.

In Italy, freedom-of-information requests to port authorities showed that every year, more than 70 ships travel from the north of the country to the south, each carrying an average of 4,000 to 5,000 tonnes of wood chips to be burned in biomass plants in Calabria, Sardinia and Sicily.

Photos are part of the video investigation “L’affare dei tagli boschivi” (“The Business of Logging”) authored by Ludovica Jona, with the contribution of Filippo Bellantoni and Cătălin Prisacariu.

Half of the wood chips carried by ship come from Tuscany. Team leader Jona visited forests in Tuscany where the magistrature opened investigations on companies supplying biomass facilities for illegal logging. Jona also went to the Crotone district in Calabria, home to three biomass facilities — including Strongoli, the biggest in Europe — belonging to energy group EPH. Here, the local health authority had to intervene to protect citizens from air pollution produced by the biomass facility.

In collaboration with the Forest Defenders Alliance, the team published evidence that in all EU countries, large amounts of pellets and wood burnt for power production consist of stemwood rather than wood residue (as many companies claim on their websites).

In Germany and Italy, the investigation also followed the debate within the European Parliament on the revision of the Renewable Energy Directive and its impact on forestry.