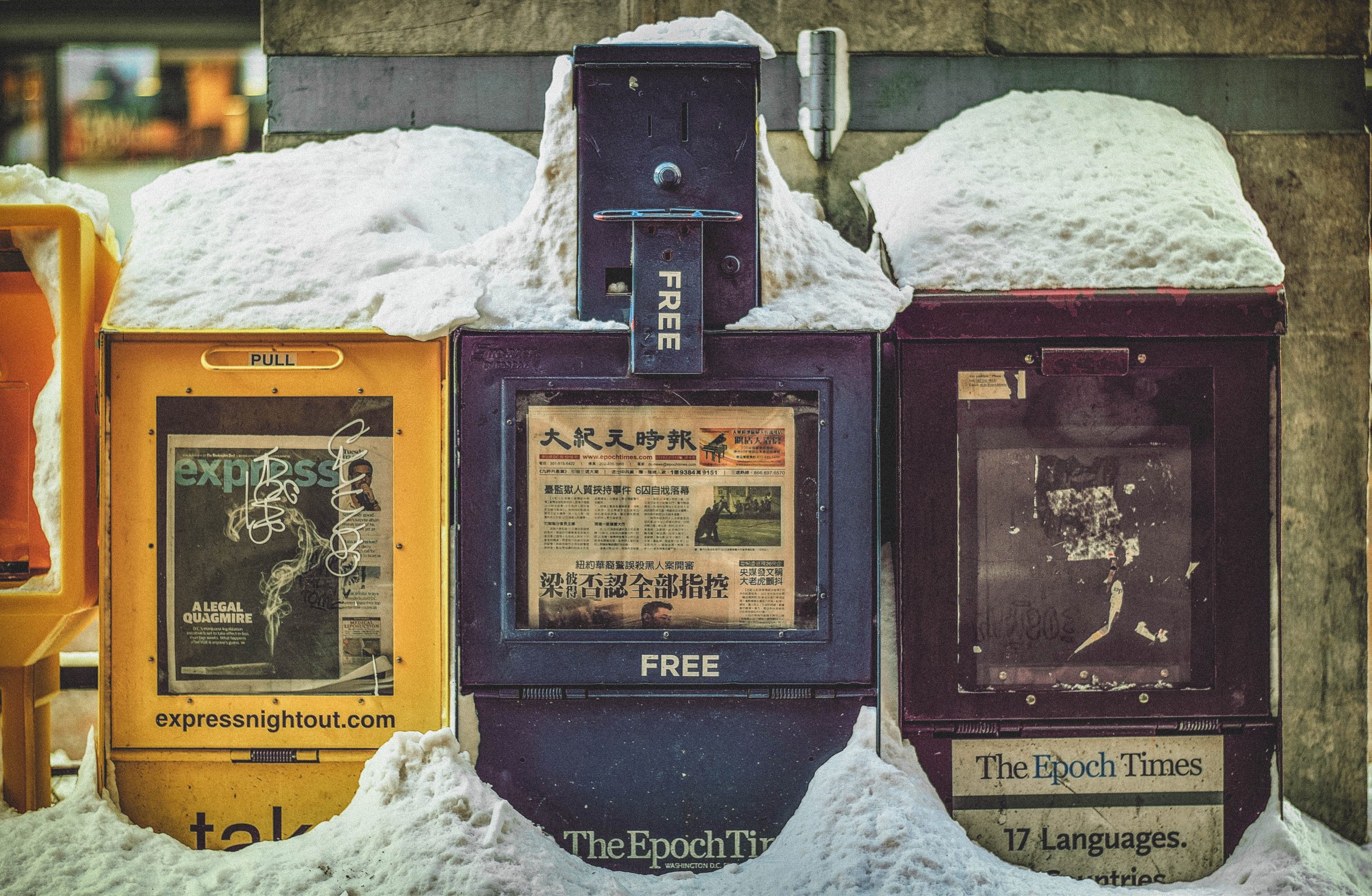 The Epoch Times is a global media empire linked to Chinese religious group Falun Gong, which was reportedly chased out of China by the Chinese Communist Party for being, according to Beijing, a dangerous “cult”. Today, The Epoch Times operates in 21 languages and 33 countries.

Long seen as politically neutral about anything other than China, The Epoch Times drew headlines in 2016 when its flagship US edition fiercely supported Donald Trump’s campaign for president, and backed his presidency thereafter. At one point, it was the second-biggest Facebook ad spender supporting Trump; top was the Trump campaign itself.

In fact, The Epoch Times’ lurch to the right began in 2015, in Europe, during the refugee and migrant crisis.

During the pandemic, its European editions have become key drivers of COVID disinformation, platforming scare stories about vaccines and amplifying conspiracy theories and misleading information about COVID-19’s origins and severity. It has also portrayed government restrictions in response to the health crisis as part of a global totalitarian plot.

Some Epoch Times editions have live-streamed COVID-sceptic protests and platformed their movements, especially in Germany, but also in France, Italy and elsewhere.

This cross-border investigation set out to answer the difficult question: Why?

Epoch Times is a well-known cog in the right-wing media landscape in the US. But it’s also driving misinformation in Europe, report @DarrenLoucaides and @alessioperrone.

This article was supported by the #IJ4EU https://t.co/D5geksrJVK

It’s impossible to understand The Epoch Times without understanding something about Falun Gong. The media organisation was started by Falun Gong practitioners, and many staffers are reportedly followers of the religious practice. Falun Gong has a sometimes apocalyptic worldview that sees itself as a force of light and truth against the “evil” and perversion of the Chinese Communist Party.

Given Falun Gong’s socially conservative views on a number of issues, its tendency to back right-wing voices makes some sense. But there’s also the fact that the radical right in the US, Europe and elsewhere tends to be more hawkish against China.

Practitioners also believe that following Falun Gong’s tenets can cure ailments, so The Epoch Times’ COVID-scepticism maps easily onto Falun Gong’s anti-science views. And the fact that COVID-19 first spread in China provided the perfect storm for The Epoch Times to push its disinformation.

The journalists involved in this investigation reached out to dozens of current and former Epoch Times staffers to try to understand the true objectives of such disinformation and how it is coordinated across different countries. Few responded.

One ex-staffer revealed that since Epoch Times writers tend to be Falun Gong practitioners, they rarely speak to outsiders, as this is deemed a betrayal of Falun Gong.

But experts from organisations such as the ​​Institute for Strategic Dialogue, an anti-extremism think tank, and the US disinformation watchdog Media Matters said The Epoch Times’ true goal was to acquire influence.

The Epoch Times attaches itself to populist movements — the radical right, say, or COVID deniers — to gain traction and repurpose the audience for its longer-term campaign against the Chinese Communist Party. Some describe it as a parasitic relationship.

The Epoch Times is published in 21 languages, in 33 countries and has a huge following among anti-vaxxers and the far Right. And that’s just for starters.


Overall, the investigation found a growing and increasingly sophisticated Epoch Times disinformation operation in Europe that has largely gone unnoticed. On the continent, few even recognise the media organisation’s name.

While much remains unknown about the funding and internal operations of The Epoch Times, experts say more attention is desperately needed on its activities, particularly in Germany, where the investigation found it had become the top media outlet for the country’s vast and increasingly extreme COVID-sceptic movement.

Already, as COVID-19 restrictions lift, it is seeking out new topics and movements to latch on to, the investigation showed.