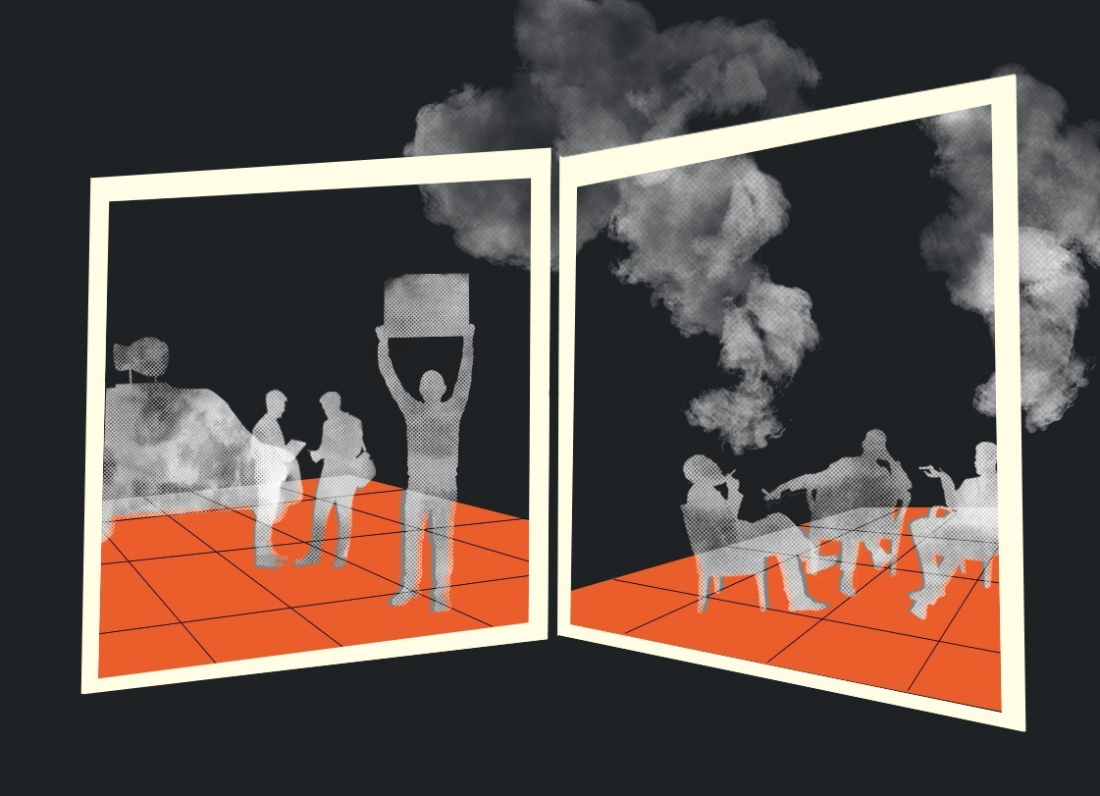 This cross-border collaboration between French daily Le Monde and Dutch reporters collective The Investigative Desk exposes a secret alliance between Big Tobacco and networks of U.S. oil tycoons to thwart regulations on e-cigarettes and promote laissez-faire policies in Europe.

The investigation lays bare the work of fake consumer groups funded by the tobacco industry to promote e-cigarettes under the guise of defending individual freedom.

These “astroturf” organisations use deceptive tactics to infiltrate — and slowly but surely dominate — the online debate surrounding the dangers of vaping, with the ultimate goal of undermining the fight against smoking.

The journalists from France, the Netherlands and the United States show that the astroturfers present a mirage of bogus expertise to both the public and decision-makers, aiming to influence regulation of these new products and to hamper tobacco control. They are secretly funded by the tobacco lobby and networks of U.S. oil billionaires.

The stakes are not just financial. This elusive nebula of organisations also works to disseminate a radical right-wing ideology, hostile to government intervention, in the heart of Europe: libertarianism.

American billionairs and Big Tobacco dusting off an old battle tactic, making it suitable for the 21st century.

The journalistic team included Le Monde investigative reporter Stéphane Horel, who specialises in corporate lobbying, conflicts of interest and science manipulation. Her work on the lobby against EU regulation of endocrine-disrupting chemicals won her several journalism awards. The “Monsanto Papers” series, which she authored with Stéphane Foucart, won the Investigative Reporting Award of the prestigious European Press Prize in 2018. She has played a key reporting role in the International Consortium of Investigative Journalists’ “Implant Files” and seeks to make the world a better place through cross-border journalistic collaborations.

Tim Luimes is a freelance investigative journalist and member of The Investigative Desk in the Netherlands, whose work has been published in Vrij Nederland, De Groene Amsterdammer, Knack and NOS, among others. He investigates the food and tobacco industry. For him, the key question is: how do large companies manage to influence politics and science to their advantage again and again?

Eva Schram is a freelance journalist based in the United States. Previously, she was an investigative journalist for the magazine OneWorld and chief editor of the Sargasso blog, among other things. She specialises in the start-up culture of Silicon Valley, technological innovation, sustainability and immigration and political reporting.

As co-founder of The Investigative Desk, Ties Keyzer specialises in one of the oldest and most successful lobbying and marketing machines in history: the tobacco industry. In addition, he investigates the international energy sector and its geopolitical influence.