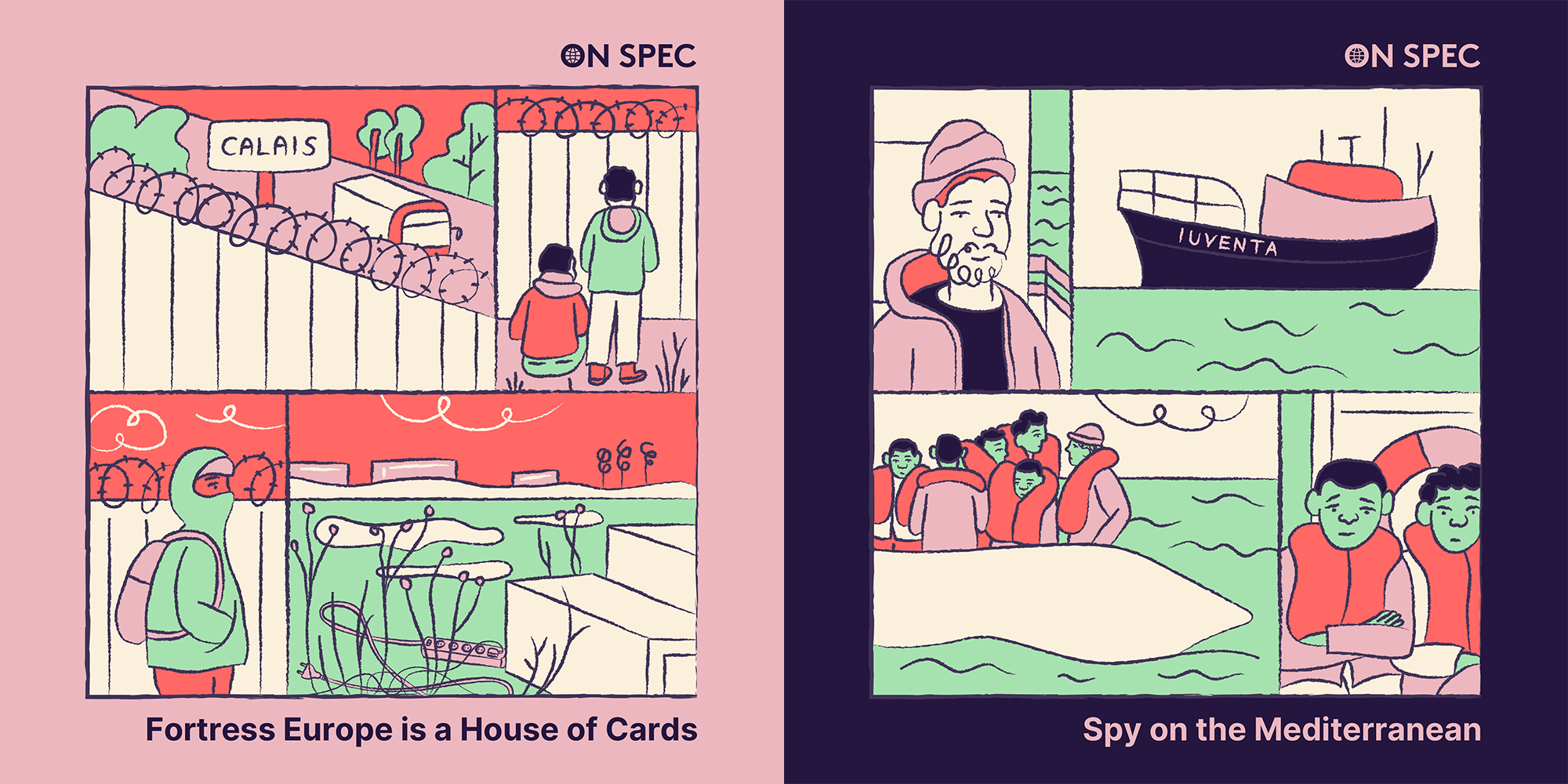 On Spec is an independently produced podcast based in Istanbul, Turkey, run by a team of freelance journalists from diverse backgrounds around the world.

Each season has a distinct theme. The IJ4EU fund helped support Europe-related episodes produced for the fourth season, “The Walls We Build”.

Fortress Europe Is a House of Cards

The French town of Calais is at the heart of a massive security infrastructure programme meant to keep refugees and migrants from crossing the English Channel into the United Kingdom.

Over the past 20 years, French and British authorities have spent hundreds of millions of pounds on walls, fences, different types of cameras, more police and security agents to keep people away from the shores. In order to do so, private firms have benefited from multi-year contracts to build, maintain or operate in the city and specifically around the port and railway tunnel areas.

Rights organisations and other NGOs say that the infrastructure only forces migrants and refugees to seek out more perilous routes to Britain. Journalists Margaux Benn and Judith Chetrit report from the ground and shed light on this corner of Fortress Europe.

Spy on the Mediterranean

Europe is prosecuting human rights activists that help save lives in the Mediterranean Sea, where thousands of migrants and refugees have drowned as they attempt to evade some of the world’s most powerful naval forces and reach European shores in search of a better life.

The charges — allegations of human trafficking that could land activists in prison for decades — have been helped along by a spy, a former private security guard who posed as a sympathetic worker on rescue boats and passed on information to Italian authorities and right-wing politicians.

Journalist Bartholomäus von Laffert spent years with many of the people at the centre of the case, and introduces us to the activists and spies whose allegations could end up making an already dangerous sea crossing even deadlier.

Season Four launches March 5th! We go to six countries to examine borders, both real and imagined. How do the barriers between countries, neighborhoods, and within our families shape us? #podcast #borders #refugees #France #Peru #Zambia #Italy #Armenia #Azerbaijan #US #Mexico pic.twitter.com/JYC7CqzeRH