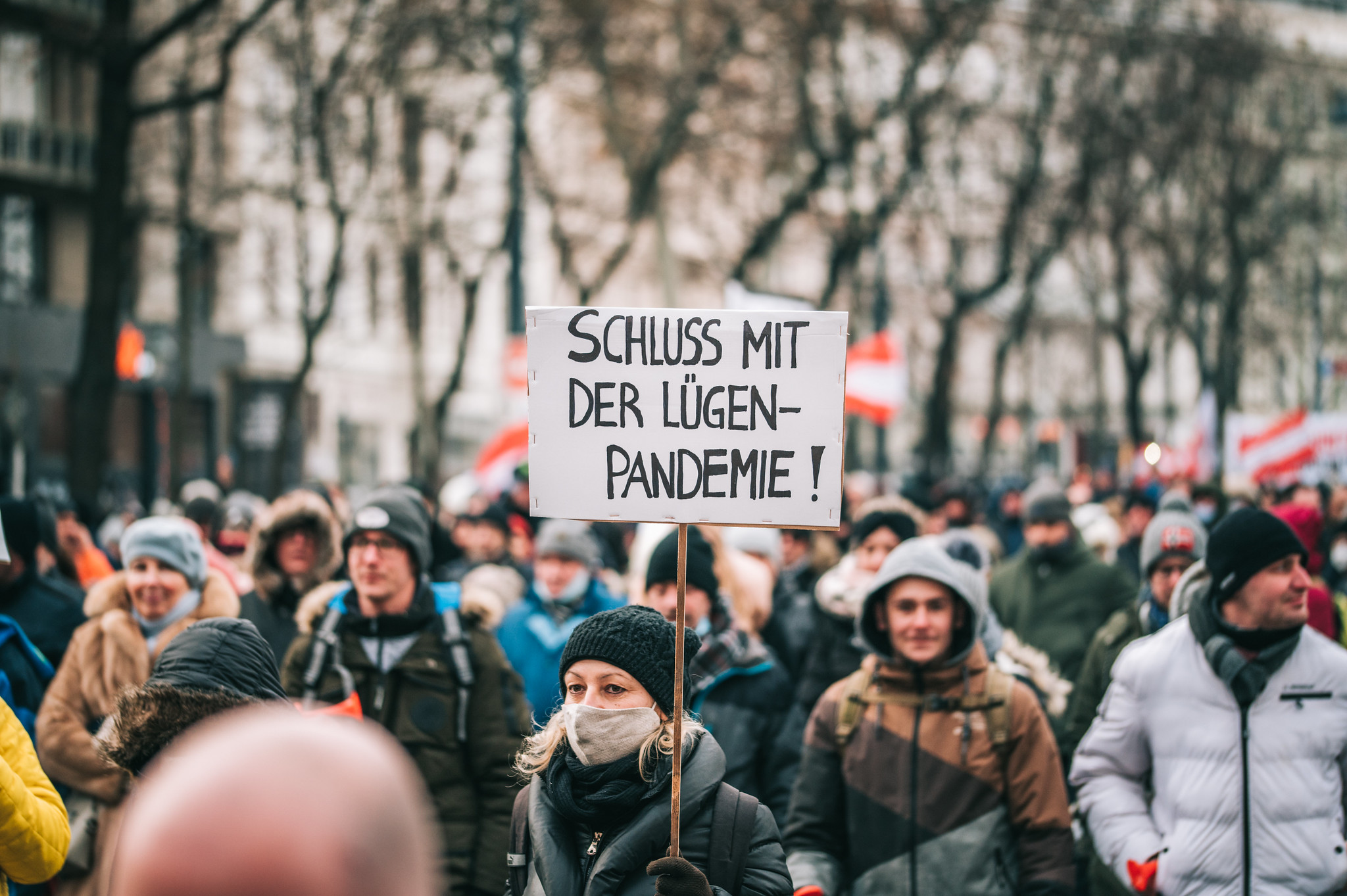 Coronavirus may have paralysed the world, but it’s an epidemic of disinformation that threatens to do just as much damage.

Conspiracy theories flourish and COVID-sceptic movements proliferate across Europe, especially in Germany, where the world’s largest anti-lockdown protests have been linked to increased cases of the virus. Amid the vaccine rollout, a turbocharged anti-vaxxer movement jeopardises efforts to end the pandemic everywhere. The World Health Organisation has called it an “infodemic”.

This didn’t occur spontaneously. Much of the disinformation in Europe comes from domestic actors ranging from pre-existing anti-vaxxer movements to far-right formations sniffing a political opportunity. But hostile non-European actors have also played a role, as the EU’s disinformation task force, East StratCom, identified early on in the pandemic.

Since November 2020, this investigation by journalists reporting from four countries has unearthed how disinformation campaigns by hostile foreign actors have affected Europe and fuelled homegrown movements.

It found that Russian state media, Kremlin-linked proxies and pro-Russia far-right platforms amplified COVID-sceptic voices and spread disinformation, especially in Germany, which has long been a top target of Russian operations.

How Germany became ground zero for the COVID infodemic https://t.co/v8AHJUu5LF

It also revealed an increasingly aggressive approach by Chinese state media and official state channels. Meanwhile, the important role of media outlets linked to Chinese dissident groups has proven worthy of investigation in its own right.

The cross-border team of journalists teamed up with a political data scientist to analyse social media activity within COVID-sceptic movements. In Germany, the team analysed 20 million messages from more than 2,000 channels and groups on Telegram, the messaging app and social network that became the central online platform for the movement.

While other social media platforms banned at least some COVID-denier content and the accounts spreading it, Telegram’s mixture of public channels with unlimited and private messaging and its light-touch moderation made it a powerful tool for spreading disinformation and organising protests.

In Germany, the initially diverse COVID-sceptic movement has been radicalised towards far-right conspiracy theories and hooked on Trump and QAnon. The team found a similar pattern in other countries, with Telegram emerging as the likely main tool for disinformation in the future.

The investigation also reveals the extent to which COVID-19 disinformation has been used as a weapon by Russia and other hostile homegrown and foreign actors to undermine the authority of Western democracies.

The political shortfalls that have allowed the infodemic to take Europe by storm remain unaddressed. And the implications for life after the pandemic are only now starting to take shape.

See below for the first stories in this investigation. More coming soon…

Cover image: A woman at a COVID-sceptic protest in Germany in January 2021 holds a placard reading “No more pandemic lies!” Photo by Ivan Radic