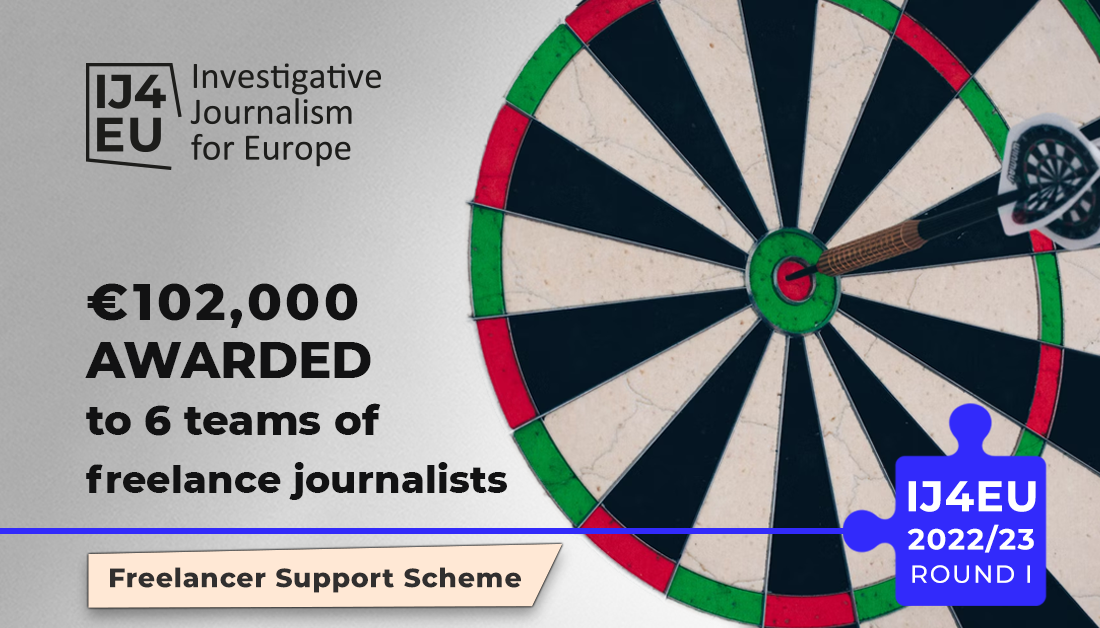 An independent jury has chosen six teams from across Europe to participate in the latest round of the IJ4EU fund’s Freelancer Support Scheme, offering financing, mentoring, training and networking opportunities.

Designed for journalists working primarily outside of newsroom structures, the scheme allows freelancers to collaborate on cross-border investigations on topics of interest to audiences across Europe and beyond.

The external jury has awarded €102,000 in grants to the following projects (in no particular order):

About the Freelancer Support Scheme

Managed by the European Journalism Centre (EJC), the Freelancer Support Scheme is one of the two grants of the Investigative Journalism for Europe (IJ4EU) fund, which supports cross-border, collaborative journalism in the European Union and beyond.

The Freelancer Support Scheme runs in parallel to the Investigation Support Scheme, managed by the International Press Institute. Both grant schemes will have another open call for applications in January 2023.

In total, the IJ4EU fund will provide €1.23 million in direct grants to support investigative journalism on transnational subjects in the 2022/23 edition of the programme. Approximately €900,000 will be distributed through the Investigation Support Scheme and €330,000 through the Freelancer Support Scheme.

Read more about the IJ4EU fund and why we’re dedicated to supporting investigative journalism.

IJ4EU is co-funded by the European Commission as a Preparatory Action. It is implemented by a consortium led by IPI in partnership with the EJC and the European Centre for Press and Media Freedom in Leipzig.

Interested in learning more about projects previously funded by IJ4EU? Check out the projects section on the IJ4EU site.