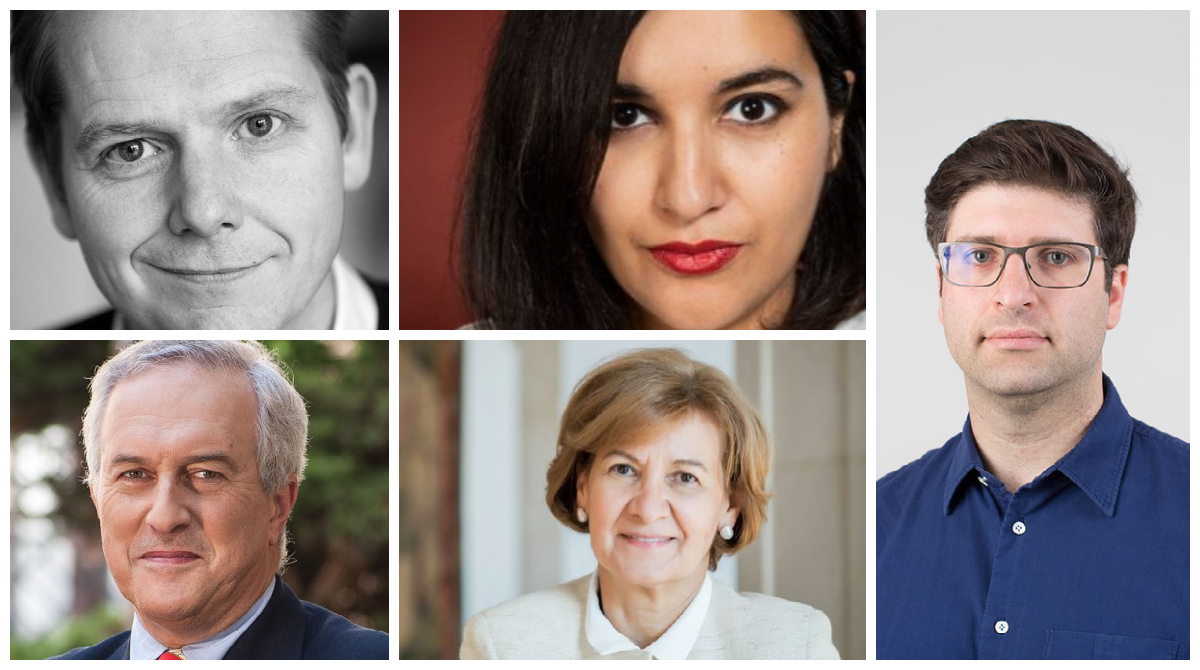 The European Centre for Press and Media Freedom (ECPMF), a partner in the IJ4EU fund, has unveiled the identities of jury members presiding over the inaugural IJ4EU Impact Award.

The jury met on March 22 to choose three winners from a shortlist of investigations nominated for Europe’s first award devoted to cross-border investigative journalism. Winners will be announced on April 14.

The award ceremony will take place during #UNCOVERED, a virtual conference organised by ECPMF in partnership with the International Press Institute and the European Journalism Centre, the two other members in the Investigative Journalism for Europe (IJ4EU) consortium.

IJ4EU’s second #UNCOVERED conference brings together journalists, funders, policymakers and civil society members to discuss the challenges and opportunities for collaborative watchdog journalism at a time of upheaval.

Register here to attend the free event on April 14 and 15.

Here are the members of the IJ4EU Impact Award jury.

Shaun Walker, Central and Eastern Europe Correspondent for The Guardian, is Chair of the IJ4EU Impact Award. He previously spent more than a decade in Moscow and is the author of The Long Hangover: Putin’s New Russia and the Ghosts of the Past.

Teresa Ribeiro is Representative on Freedom of the Media for the Organization for Security and Co-operation in Europe. She was previously Secretary of State of Foreign Affairs and Cooperation at the Ministry of Foreign Affairs of Portugal and President of the National Commission for Human Rights.

Christian Jensen is Executive Editor-in-Chief of Danish newspaper Politiken, a role he has had since 2016. Before that, he had an extensive career in Danish journalism.

Nassira el Moaddem is a French journalist whose book Les Filles de Romorantin was nominated for two of France’s most prominent journalism book prizes in 2020. Nassira is also the host of TV show Arrêt sur Images and has worked across French journalism.

Andrzej Rojek is a Polish-born US philanthropist with a focus on freedom of speech. He serves as Chair of the Board for the Jan Karski Educational Foundation and helps numerous charitable initiatives in education, scientific exchanges and freedom of speech.